Keys To A Successful Morning Huddle

An effective Morning Huddle can easily become the most valuable 15 minutes of the day in your dental practice. 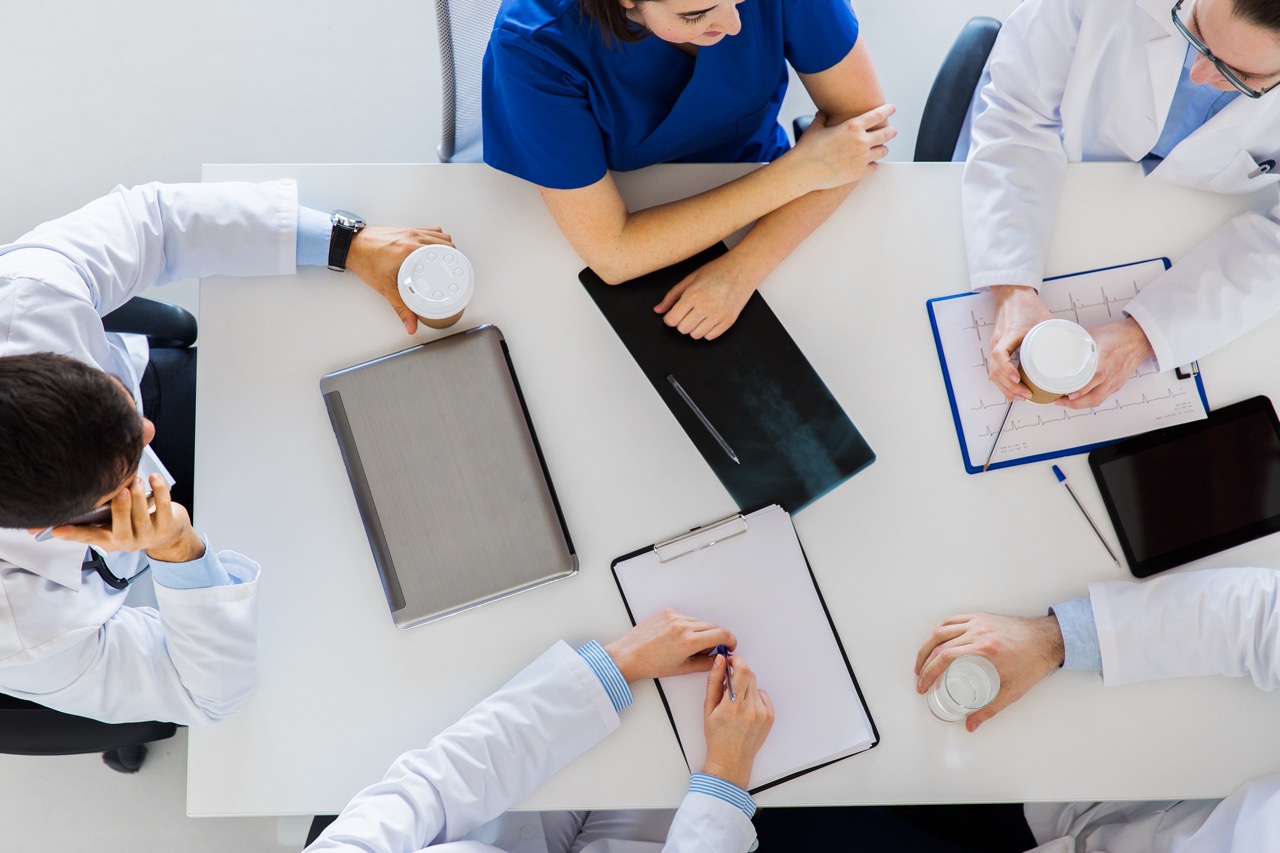 You’ve likely heard some version of this statement before – Morning Huddle is an important factor in running a thriving dental practice. This being true, a surprising number of dental practices either don’t hold a huddle at all or, more commonly, their huddle often leaves something to be desired. The morning huddle is typically left to the office manager to oversee, with varying levels of support and involvement from owners and doctors. This means at least a few hours of preparation each week, requiring the office manager to comb through various reports to collect the information needed to run the huddle.

It also often means that the office manager ends up doing most of the talking while other team members are passive participants being told what happened and what is scheduled to happen. These and other factors can lead to a meeting that everyone dreads and that no one finds beneficial. There is a better way.

At Greenville Family Dentistry in Greenville, Illinois, office manager Whitney Thornton knows all about the challenges of holding an effective morning huddle. She recalls the many mornings her team would gather in their break room and struggle to stay awake as she reviewed their previous day’s numbers and went over the schedule. “They were there because they had to be there, not because they wanted to be. We tried to make it worth their time to attend, but they still didn’t find much value in being there.”

Practice owner Dr. Matthew McCullough had made key performance indicators (KPIs) a priority throughout his twenty years in practice and felt this would be a necessary part of any changes they would consider implementing in order to improve their morning huddle. His search led him to Dental Intelligence, the leader in cloud-based dental practice analytics, and Greenville began using the company’s growth platform in January 2020.

“Dental Intelligence Morning Huddle has been a huge part of our growth in the past year,” Whitney recently shared. “We use it daily to celebrate our successes and also to hold each other accountable. Instead of those frustrating huddles we would hold in our break room, we now stand together in one of our operatories and involve everyone in making the most of those few minutes together before we begin treating patients. It’s so much better than before.”

How has using this new platform helped Greenville to have a more effective morning huddle? According to Whitney, “Before we began using Morning Huddle, our team was very disengaged. At some point someone had read in a book or an article that we should hold a huddle, and so the practice started doing it, but there wasn’t a clear vision about how to make it actually worth doing. Now it’s so different. Everyone on our team has access to the huddle so they can see beforehand what we’ll be discussing each day. I also give each team member a role in making our huddle fun. On Monday we do ‘Monday Munchies,’ which means someone brings snacks or a treat. Tuesday is ‘TikTok Tuesday’ when one of our team members shares a funny TikTok video to watch. Wednesdays and Thursdays also have a theme. We’ve found starting our huddle with something fun and positive makes it more light-hearted and engaging for everyone.”

Don’t let the simplicity of this idea diminish the power of the principle it teaches. Our experience working closely with over 10,000 dental practices has shown that creating a positive culture around the morning huddle is one of the single most important factors in how successful a practice is. That’s right, the few minutes you spend in a huddle (and how you spend that time together) have an oversized impact on the overall performance of your dental practice.

Not convinced? Whitney shared how a team member took the time on a Sunday evening to text her about making sure to celebrate another team member’s success the next morning in their huddle. “The fact that team members feel they have something to contribute during our huddle is such a great thing for us,” Whitney said. “We try to make every huddle a celebration, even if we might have missed some of our goals from the day before. Highlighting even small wins does so much to unify and energize our team. Being able to see everything in one place using DI makes this so easy.”

Whitney also uses Provider Pulse to let the team see how everyone is performing relative to each other and to their individual and team goals. “The trust this transparency creates for our team has been so healthy and empowering,” she added. “We all feel like we’re doing this together and finding ways to help each other to succeed.”

Another victory for Greenville resulting from their improved morning huddle is a significant increase in their hygiene recall percentage. According to Whitney, it is now at or close to 100%. DI allows team members to see the names of every active hygiene patient without a current scheduled appointment, including the patients who left the practice the previous day without scheduling their next visit.

By reviewing this list each day during their huddle, the Greenville team has been able to consistently schedule virtually 100% of these patients for their next appointment. This is the impact that integrating data can have on patient health. By paying attention to their unscheduled patients, Greenville Family Dentistry is absolutely improving the health of those patients who otherwise would fall through the cracks.

By using Morning Huddle, Greenville has also improved team member accountability. Instead of the old model which required Whitney to handle all of the reporting, each team member now comes to the huddle prepared to report on their performance. “We’ve identified key things we want to look at daily and that has made such a difference in our outcomes,” Whitney said. “For example, our hygienists can see the impact they’re having and the production they’re bringing in with the fluoride treatments they’re doing. Looking at these daily instead of once a month is powerful. Trying to look at something a month or more after it happened leads to very little if any change. It’s hard to fix something that happened that long ago. But now we are looking at our performance within hours of when it happened, and that has been transformative.”

Whitney also emphasized the impact of being able to see openings on their schedule while they are in the huddle, whether on that day or within the next few days. “If you are looking at this in the huddle, you can say on a Tuesday, ‘Hey, it looks like we have some openings on Thursday,’ or ‘I see that patient coming tomorrow has some unscheduled treatment. Let’s give them a call today and see if they want to get that taken care of while they’re here.’ These are things we now look at every day. DI shows us the holes we need to fill — it’s really, really cool.”

Before dental practices had access to these robust, real-time insights about their performance, it was difficult to talk with team members about ways they could improve. As Whitney recalled, “Providing them with any kind of feedback was very subjective. Without data to back up what we were talking about, discussions about areas of improvement were all based on feelings, not facts. Data has changed all that for the better. When we look at numbers together, team members can see for themselves how they are doing. This has changed the quality of the conversations we have and the outcomes that result. Now we have a way to identify areas of improvement and also to celebrate success."

"For example, both of our hygienists recently did over $2,000 of production on the same day, which included 55 adult sealants between the two of them. We totally celebrated that in our huddle! These girls helped the entire office to hit our goal and we absolutely made a big deal about this. Just one way having this data handy is changing how we care for our patients.”

“Using Dental Intelligence helps us to operate at a higher level,” Whitney added. “No more running reports or trying to find out what’s happening in our practice. Now we know what’s happening. Instead of searching through our files for patients to fill holes in the hygiene schedule, we can find that information in seconds. It just feels like we can operate so much quicker and more efficiently, and I can’t say enough about the huddle and what it’s done for us. We also love the Auto Follow Ups feature, which has helped us stop our patients from calling through the cracks. It’s a powerful safety net."

"As a manager, DI makes my job so much easier. I can see the numbers and what is happening in our practice in real time. And with the huddle, there’s now so much more team involvement. We’re all headed in the same direction. Everybody sees it. Everybody is motivated to do better. They want to get our patients taken care of, and they hate it when those patients leave without scheduling their next appointment. DI has improved our practice more than any other solution we’ve ever used. I love it!”

Schedule a demo and start intelligently shaping the future of your practice today.

Thank you! Your submission has been received!
Oops! Something went wrong while submitting the form.

Experience Dental Intelligence
For Yourself

Close Modal×
Oops! Something went wrong while submitting the form.